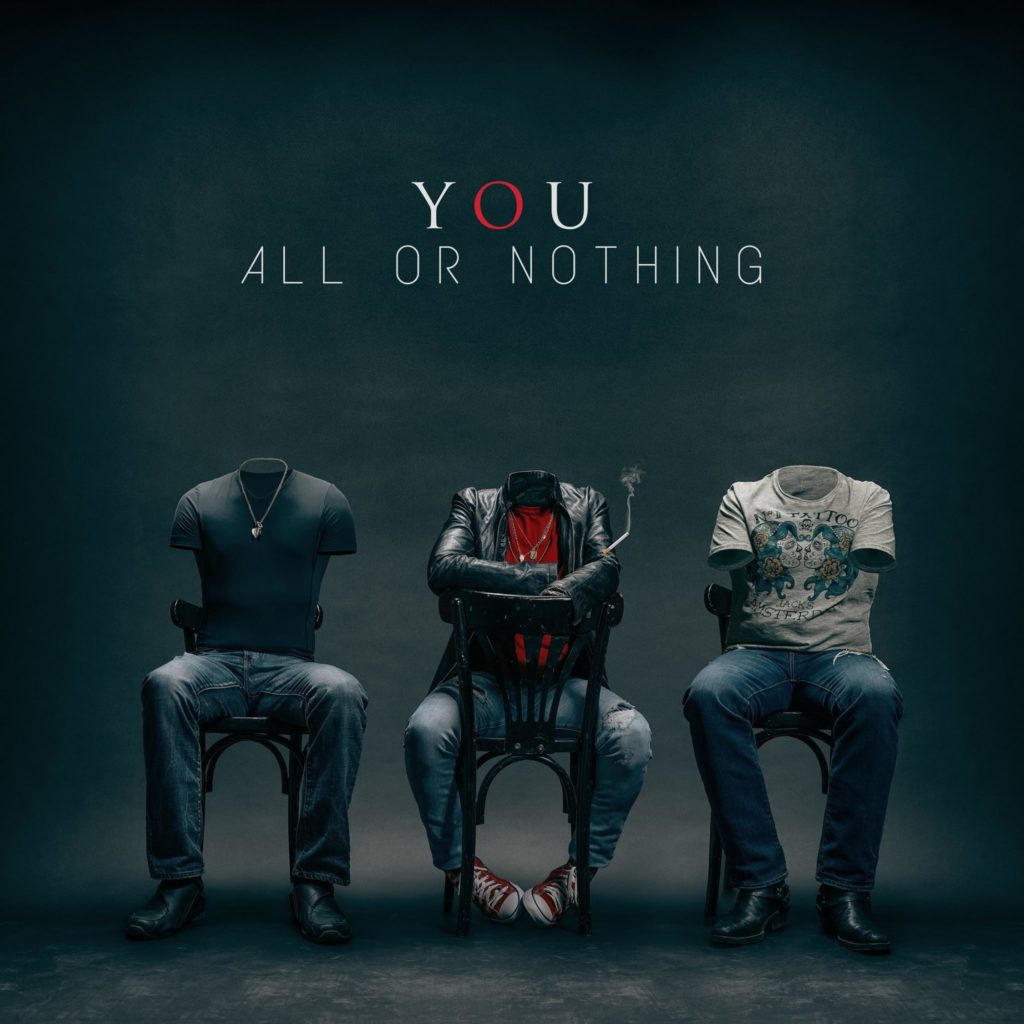 April 15, 2017
YOU
YOU
Producer: Paul Bonahora
Number of discs: 1
Buy it on iTunes
Buy it on Google Play
Order a physical copy through our website
1.Nothing left to lose
2.Read between the lines
3.Keep your secret
4.I want you
5.Another day
6.In the midnight hour
7.She can't be mine
8.The colours that I miss
9.Way too much

All or Nothing is YOU Band’s debute album. The album features classic rock tunes with edges of blues, funk, hard rock and pop.

It contains 10 tracks, plus a hidden bonus track available in the physical version only!

Musicians who participated in the recording of All or Nothing:

Recorded between December 2015 and January 2016 at JJ Studios in Vienna, Austria.

Design and photography by Kelvin Gomez

All songs composed by members of YOU.

Email: info@youtheband.net
©YOU 2019. ALL RIGHTS RESERVED.